If a thief makes it past your lighting without being deterred, you pretty much have one last shot to stop the break-in — at the point of entry.

That’s typically a door or window. For windows, locks are crucial, and burglar-proof glass is a possible upgrade and can assist in preventing easy access, as can suitable window bars. Most people dislike bars on windows, and for good reason they detract from the look of the property, however numerous styles are available and offer differing levels of protection and aesthetics. Ghosts security team can offer suggestions to help you achieve the best of both.

Doors and door locks can get a little more complex. A burglar can gain entry either by kicking in the door or disabling the lock, so you want to address both of those possibilities with the equipment you choose.

Doors and locks aren’t a place to be a money pincher. Even if the thief learns on Facebook that you’re in Italy, ignores the alarm sign in your yard walks through the lights and makes it to your door without being seen, a sturdy lock and a sturdy door can still keep him or her on the outside.

Remember simply thinking you have carefully hidden the key to the lock outside under the mat is not going to make the lock much of an issue!

Here at Ghost we are happy to advise on suitable door locks and can connect you with experienced locksmiths to ensure you achieve a reliable and strong lock suitable for your security needs.

Before you leave town.

Do a last minute check to ensure that all of your doors and windows are locked and dead bolted. Do not forget about screened-in porches and garage points of entry. Check the batteries on your smoke detectors and unplug all non-essential items. Walk around your home and unplug everything you will not use including clocks, toaster ovens, printers, stereo systems, video and gaming units, and most especially any and all computers, laptops, televisions and cable boxes. Loss of power and electrical surges can irreparably damage these expensive items.

According to the Victims of Crime Survey 2012 – organised by: ‘Statistics of South Africa.’ 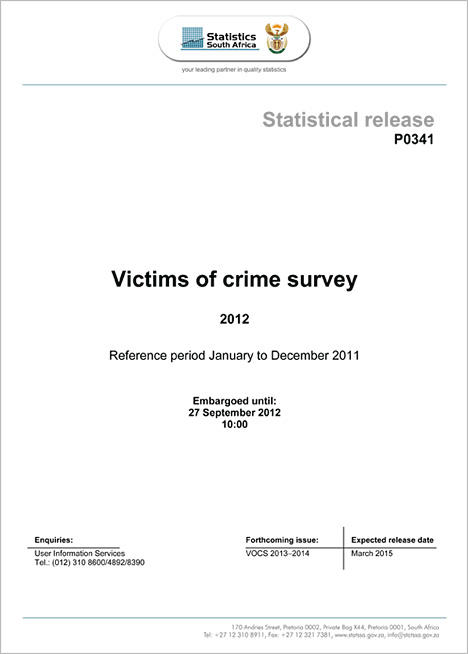 The provinces where housebreaking/burglary was least likely to occur in the afternoon were Limpopo (10.9%) and North West (14%).

Households were also asked about their views on the motives of perpetrators for committing property crimes in 2011; they were asked whether the motive for crime was real need (such as hunger), greed or non-financial motives (such as witchcraft, jealousy or hatred), drug related need or other reasons. About six in every ten (66.5%) of the households believed that people committed property crime because of drug related need, while 56% believed it was because of real need (see graph below). More than 30% of the households believed that these crimes were committed because of greed, while 25.3% households thought that perpetrators were motivated by non-financial motives. 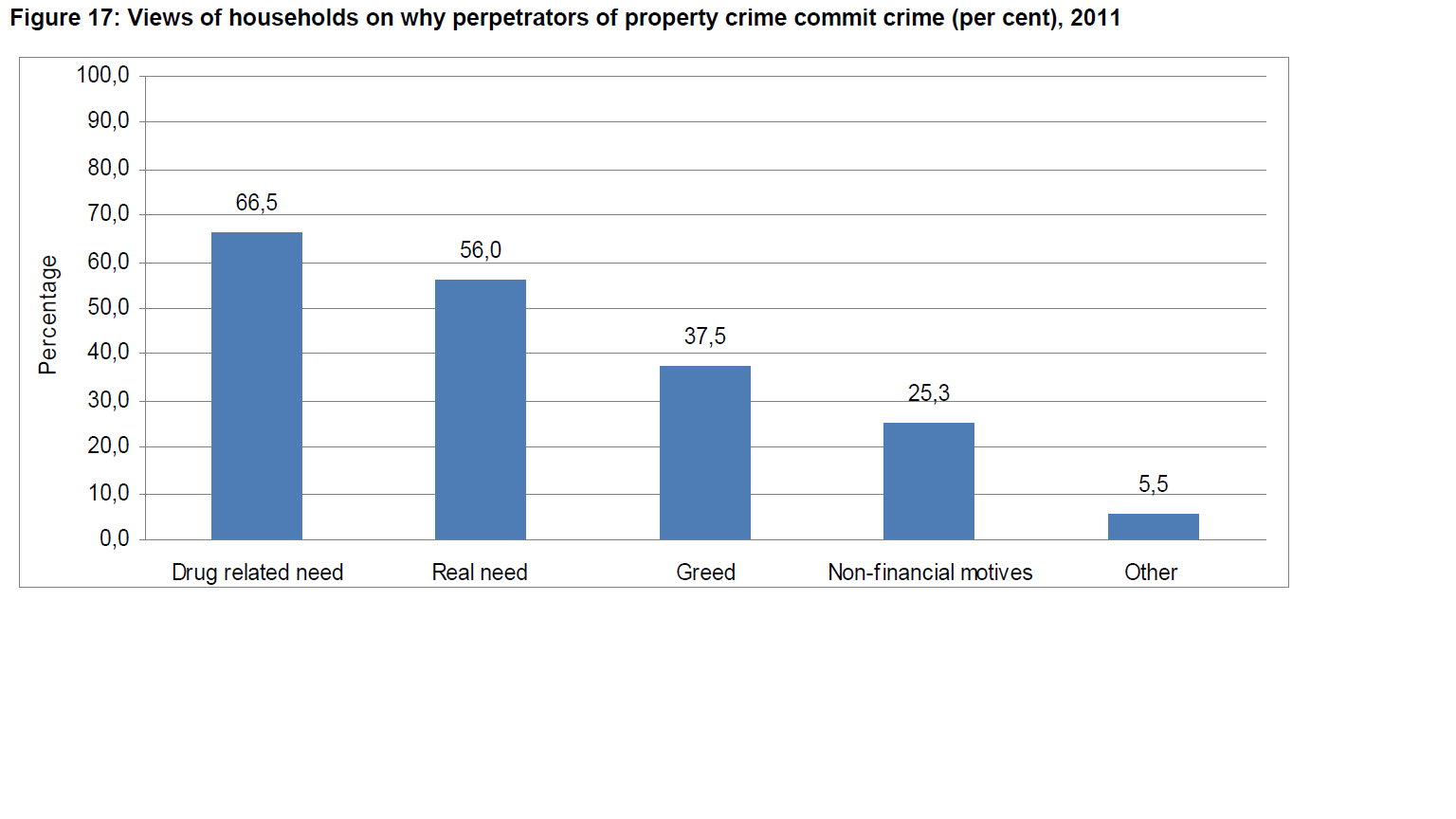